There is always time to play in Abingdon!

…But rest with White Birches Inn.

Abingdon hosts a variety of regional attractions whether it’s shopping the locally owned businesses, hiking the Creeper Trail, or learning about its rich history — there is something for everyone. With your days filled with fun and uncommon activities, you’ll surely need a place to go to relax and unwind, that place is White Birches Inn!

Nestle into our Abingdon bed and breakfast located in the historic district. Enjoy the aesthetics of old world stylings of the early 20th century, paired with new world amenities — air-conditioned rooms and luxurious sheets to melt into after a long day of play. Find everything White Birches Inn has to offer, and join us in today’s post about the Barter Theater.

Sometimes play is found in the Barter Theater!

The Barter Theater is Virginia’s Most Famous Stage

One of the great attractions of Abingdon and what draws crowds to this sleepy town is the Barter Theater. The State Theater of Virginia opened its doors to theater-goers in 1933 with the first tickets bought and paid for with local produce! The theater continues to grow and attract over 160,000 visitors each year.

The Rich History of the Barter Theater 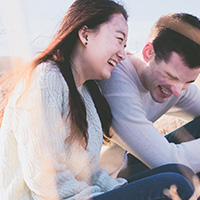 The Barter Theater may have coined the term “starving artists” as a result of the Great Depression era in Abingdon. As Appalachian farmers had an abundance of produce rotting in their fields, unable to sell, Robert Porterfield an actor-turned-entrepreneur, dreamed up a solution — residents could trade their produce from their gardens and farms as admission to see a show. This is how the Barter Theater began!

“With vegetables you cannot sell, you can buy a good laugh.”

Admission to see a play in the opening year was 40 cents or the equivalent in produce. It was thought that four out of five theatergoers during the Depression paid with dairy products, vegetables, and livestock.

While the Barter Theater still remains Abingdon’s buried gem, it has helped launch the careers of actors such as Gregory Peck, Patricia Neal, Hume Cronyn, Ernest Borgnine, and Kevin Spacey.

To keep the spirit of the Barter Theater well after eight decades of shows, there are at least two performances each where theatergoers can barter tickets with a canned food item that is then donated to the local food bank.

The Barter Theater opens its doors February through December each year and hosts performances Tuesdays through Sunday. Showtimes will vary, so check in for exact times.

Whether you love musicals, dramas, or comedies, The Barter has a show for everyone!

If you’re visiting Abingdon, stay at our bed and breakfast located in the heart of the historic district and catch a show at the world-famous Barter Theater!